In 2018, we at Plum were looking to expand our development team.

The Problem with Hiring a Genius, According to Amy Poehler 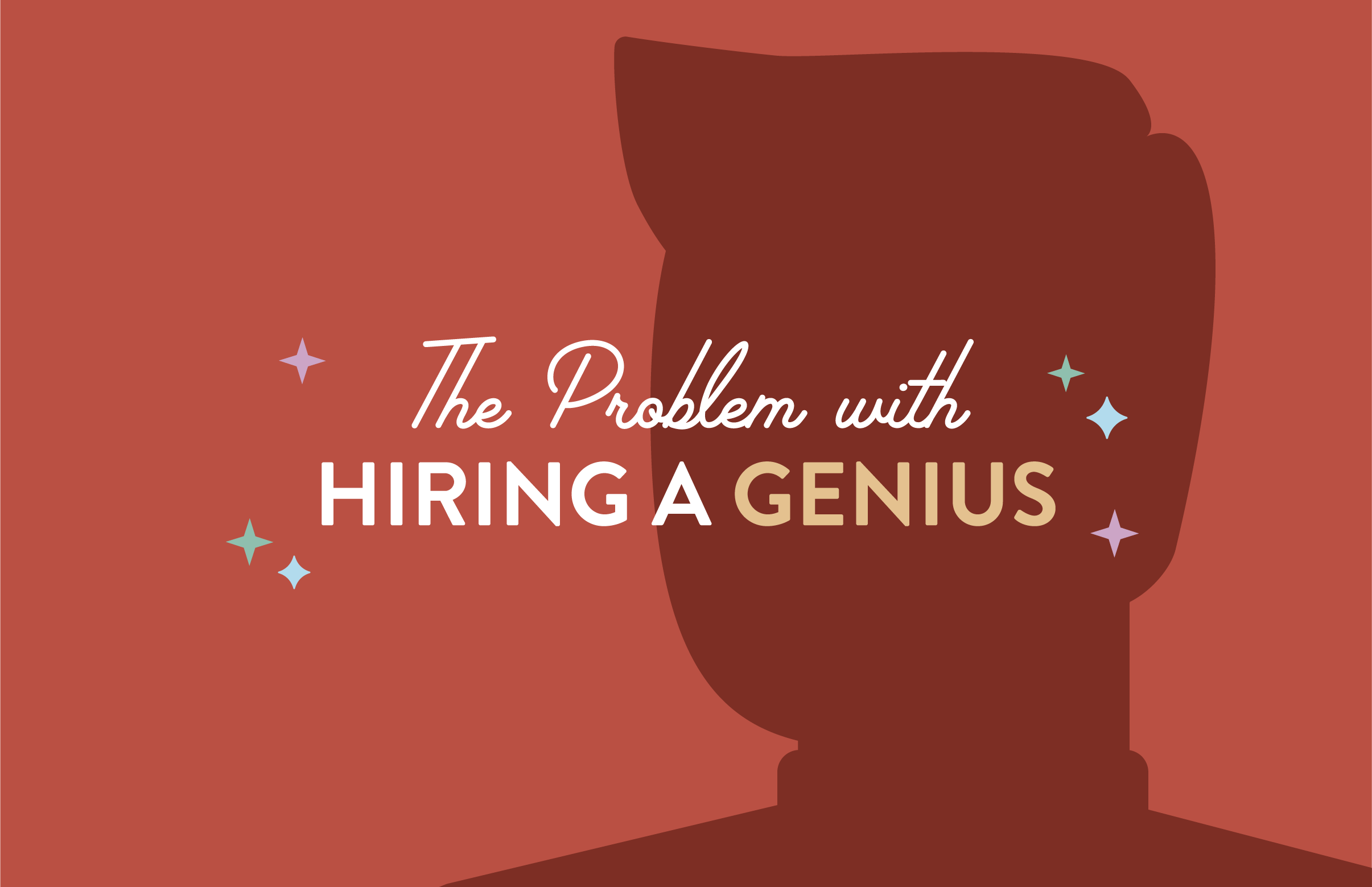 Key to her success as an actress, producer, and director, says Amy Poehler, is one hard and fast hiring rule: Don't hire or promote talented jerks.

At this year’s Indeed Interactive conference in Austin, Texas, Amy Poehler said, “The most talented people I’ve worked with are the easiest to work with. There’s the occasional genius who can’t figure out how to collaborate, but they’re rare.”

In other words, true “geniuses” in the workplace do exist, but they’re few and far between – so the chances that every workplace bully is a “genius” is not likely (hence the consistent air quotes around the word “genius”). Even so, people don’t need to be difficult as a proof of talent. The trope of the “jerk genius” likely unconsciously leads us to underestimate the talents of people who may be introverted or respectful.

So why do we gravitate towards bully-geniuses? After all, world-renowned entrepreneurs Steve Jobs, Jeff Bezos, and Elon Musk could all fall into that trope. And I’m sure you could list at least one or two people at your organization who may be fantastic at pitching new ideas and pushing projects forward, but at the cost of degrading employee morale.

How we’ve conventionally hired and promoted talent favors the jerk genius. Here’s why.

Why difficult people get hired and promoted

To understand why we keep putting jerk geniuses on a pedestal, we need to take a look at the hiring and promotion patterns we’re so comfortable operating in.

Whatever steps are involved in your processes for hiring (resumes, phone screening, number of interviews, pre-employment assessments) or promotion (managerial nominations, performance reviews), the criteria you’re looking for in your selection decisions likely all boils down to the same concept – skills and knowledge.

If we refer to Marcus Buckingham and Curt Coffman’s model, “skills” refer to the “how-to’s” of a role; whether you know how to weld, create spreadsheets in MS Excel, code in Javascript, and so on. “Knowledge” refers to literally knowing something, which can usually be quantified in a degree or designation, like a CPA, MBA, or PhD.

We may find ourselves getting a little “starstruck” by someone’s credentials. In the past, hires and promotions were made based who had the most experience or highest level of education (if the manager wasn't hiring from within their own network, that is). But, as HR and people teams have become increasingly data-driven and employee-centric over the past decade or two, it came to light that the cause of most employee turnover – voluntary and involuntary – was not due to the employees’ skills and knowledge, but because of a previously unquantifiable “X factor” that had to do more with an individual’s attitude and behaviors. Many organizations began to label this X factor “culture fit.”

“Culture fit” once emerged as a revolutionary idea, and was praised as a competitive advantage for many organizations. It felt like a step in the right direction – if the #1 cause of turnover in an organization was due to a person’s behavior or personality, couldn’t this problem be solved by asking questions like, “Will this individual integrate smoothly into this team/organization?” “Will the team dynamic be seamless or awkward?” “Will I like working with this person?”

In and of themselves, these aren’t bad questions to ask, but there has always been one glaring problem – talent acquisition and talent management teams have not had the data to answer such questions. This means culture fit decisions have been made with “gut feel,” and the result has been biased and unpredictive talent decisions.

How does the perpetuation of “culture fit” as selection criteria relate to jerk geniuses? Two ways: first, since there are already plenty of these genius stereotypes in managerial positions, a “culture fit” mindset is only going to result in difficult jerks hiring and promoting more difficult jerks. If a workplace culture is already toxic with bullies, “culture fit” will only compound the problem.

If a workplace culture is already toxic with bullies, "culture fit" will only compound the problem.

Second, without the data to back-up our decision-making, anyone (office jerk or not) can find themselves making biased decisions that draw on preconceived notions that people who are difficult are high performers – when really they may just be insecure.

Putting a halt to bullying culture with data

So how does Amy Poehler avoid hiring difficult people?

At Indeed Interactive, she said, “When you’re building a set, for example, you’re all gonna be in this situation together. I will absolutely choose someone that is collaborative, responsive, responsible, and highly recommended over someone that’s a genius, every time.”

Some people might call these traits (like collaboration and responsibility) “soft skills,” but there’s really nothing “soft” about them, since studies validated by Industrial/Organizational Psychologists have uncovered that these dimensions can predict someone's performance in a job far better than education and experience. That's why we at Plum call them talents. “Talents” are the third part of Buckingham and Coffman’s model. Whereas skills and knowledge refer to a specific set of learned activities required for the job (e.g., typing, brain surgery), talents are recurring patterns of thought, feeling, and behavior.

Talents include communication, leadership, innovation, and teamwork. Talents truly are that “X factor” dimension we mentioned earlier; talents are the catalyst that drives employees to voluntarily and involuntarily churn, but we also never had the data to make talents a significant part of the hiring and promotion process. That is, until now.

Psychometric assessments validated by Industrial/Organizational Psychology allow employers to assess the dimensions that make up someone’s talents, like problem-solving ability, social intelligence, and personality. Tools like Plum automate these assessments, making psychometric data collection scalable across your workforce and your applicants. Talent acquisition and talent management teams now have access to an objective, universal dataset that enables them to quantify someone’s potential in a role. Hiring teams and managers no longer have to rely on culture fit or unconscious biases to make great hiring and promotion decisions – which in turn gives less power to the difficult person who gets by with a “genius” façade, whether or not it’s reflective of their inherent competencies.

So, all in all, we agree with Amy Poehler. People don’t need to cause a lot of friction in your organization to prove their abilities – we have psychometric data for that. Measuring talents like communication, teamwork, and leadership takes power from the “geniuses” who are difficult for the sake of being difficult and puts it in the hands of true top performers. We, along with Amy Poehler, believe that the result will be a workplace shifting from toxicity to an environment that fosters employee well-being – positively impacting employee morale and productivity.

Psychometric Data is for Talent Management Teams, Too

How to Tell if Your Assessment is EEOC Compliant