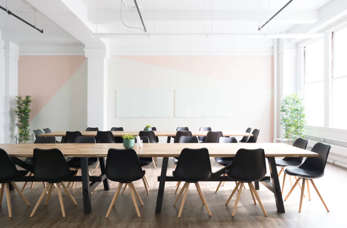 Go beyond just talking about diversity - it's time to commit.

If there’s any one lesson to be learned from 2017, it’s that company culture can make or break a business.

Whether it’s a blog post that acted as a catalyst to bring Uber’s toxic culture to light, or Tesla’s denial of sexual harassment claims, it’s becoming increasingly evident that phrases like “cultural alignment” or “employee engagement” can no longer be treated simply as buzzwords or “nice to haves”. A healthy company culture is absolutely crucial to a healthy business.

These mistakes might have you and your organization biting your nails, wondering if your company is next on the hit list of businesses to go under the radar of a “worst places to work” list. We aren’t here to stir up more unnecessary fear; we want to see your company succeed, and that starts by setting up a parameter and process to avoid the mistakes Silicon Valley has been experiencing in 2017 by examining what these crumbling company cultures have in common. For the most part, it’s a lack of commitment to diversity and inclusion.

When Pinterest wasn’t reaching their goal of 30% newly hired engineers being women, they decided to focus on hiring senior women engineers. Having more women in leadership positions instigated a trickle-down effect that lessoned stigmas tied to women in junior-level engineering jobs.

The truth is, without diverse leadership, women are 20% less likely than straight white men to win endorsement for their ideas; people of colour are 24% less likely; and LGBTQ+ individuals are 21% less likely. Inevitably, when leadership lacks diversity, fewer promising ideas make it to market. This is probably why a 2014 McKinsey & Company study found that firms with a diverse set of leaders are 45% more likely to report market share growth, and 70% more likely to secure a new market. When people feel like their ideas and contributions are valued, not only do they feel included and engaged in the company’s culture, but the company benefits, too.

When hiring managers turn away a candidate because they’re just not a good “culture fit,” they’re doing anything but helping the company culture. Companies like Facebook and Pandora no longer allow interviewers to use the phrase “culture fit” when providing feedback about what they liked or disliked about the candidate, because the term usually refers to people who work, live, and look like ourselves.

When 31 tech companies were asked to provide workplace diversity numbers, only two companies, Clearpath Robotics and Wealthsimple, had any kind of reporting—despite the fact that these companies had pledged a commitment to workplace diversity and inclusion years before. Several companies who had no reporting defended their prayer rooms, nursing mothers’ rooms, and gender neutral bathrooms. But here’s the thing—how do companies know if their diversity and inclusion initiatives are making significant contributions to a healthier work culture? Major cultural engagement and inclusion strategies can be expensive and time-consuming, so wouldn’t you want a data-based roadmap to ensure these initiatives are successful? Measure where your culture is, where your organization wants it to be, and then use those deficits to drive cultural change.

It’s true, leading the diversity and inclusion charge is harder now than ever before, especially as we witness social media and blog posts appear to single-handedly take down multi-billion dollar companies because of sexist or racist work environments. But excuses like “I don’t have time to hire for diversity” or “it’s not my fault that there just aren’t enough minority groups applying to these jobs” are hurting your company.

The truth is, the onus is on your company, not the candidate pool, to make more diverse hires. Research shows that if a company posts a job opening with a 10-point list of job requirements, women will only apply if they match all 10, but men will apply if the match only 6. One practical way to make sure your hiring pipeline doesn’t turn away female candidates is to shorten the list of job requirements.

Another study shows that if there’s only one woman in your final candidate pool, there’s statistically no chance she will be hired. Making sure your final candidate pool is diverse can alleviate some unconscious bias when making your next hiring decision. When companies come under fire for toxic culture, listing off excuses is a PR worst practice. Ditch the excuses now, and take these small steps towards diversifying your candidate pool before you get in hot water.

It’s not too late to learn from the mistakes of Silicon Valley culture in 2017. Inclusive hiring and cultural processes leads to a workplace that encourages all voices to be heard and considered, meaning your people—the foundation of your company—feel validated and secure, and more ideas get to market. Being a champion of diversity and inclusion initiatives may be more daunting than ever, but in the end, you are building better teams, strategizing an aligned culture, and contributing to your company’s ROI in significant ways.

This entry was posted in Blog and tagged Diversity and Inclusion, Company Culture . Bookmark the Permalink

It's Time to Make Diversity a Hiring Priority