Getting Leaders to Think Differently About Talent

This article originally appeared in BenefitsPro.

Although history contests the attribution of this quote to Albert Einstein, I think we can all agree there is no doubt in the essence of its truth: “Insanity is doing the same thing over and over again and expecting different results." 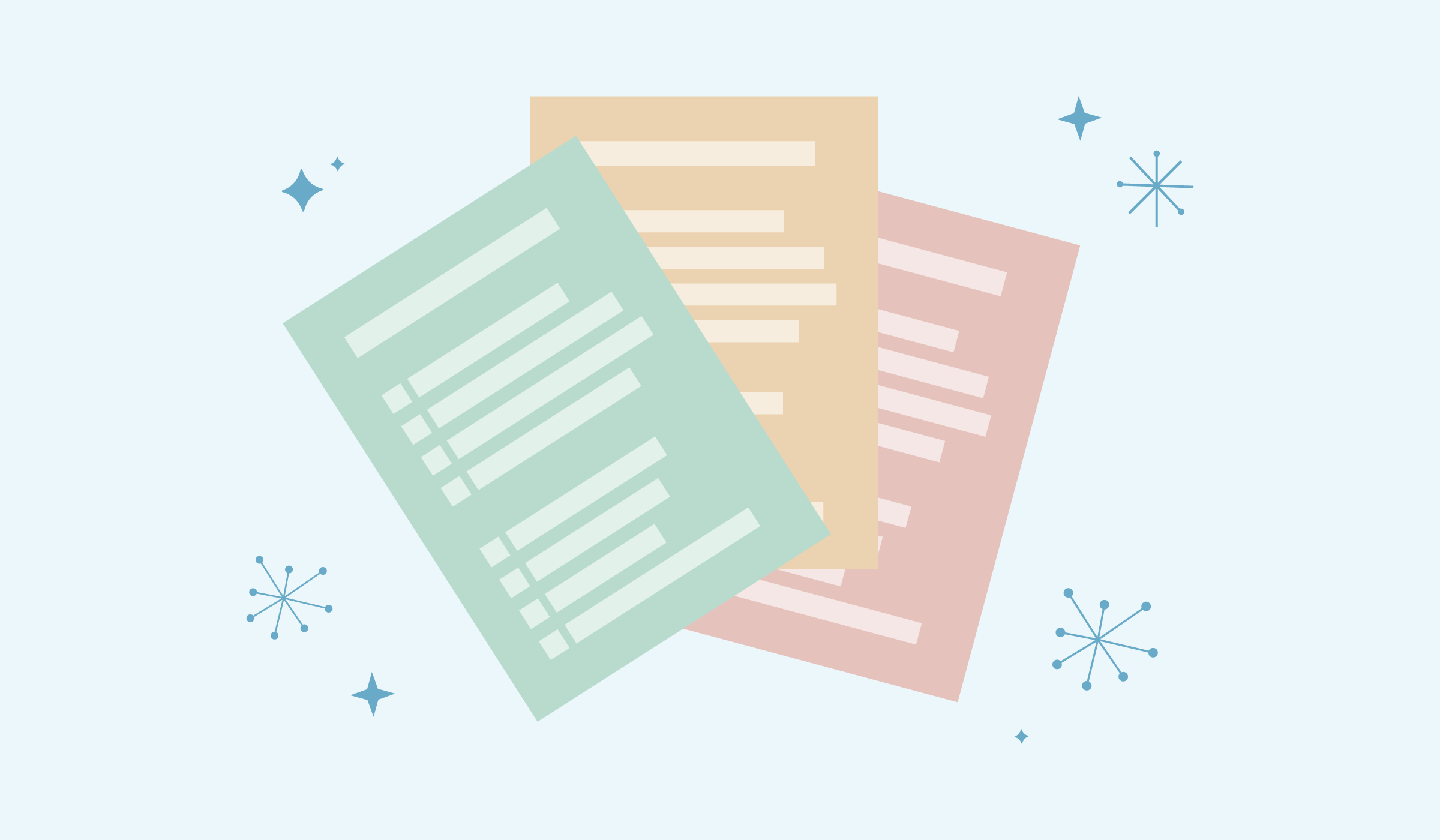 Personality test validity has come under a lot of scrutiny lately.

A New York Times article recently likened personality tests to the “astrology of the office,” both due to their lack of validity, and “because it’s fun to divide people into categories.” The article scrutinizes the way organizations use personality tests in the workplace for employment, team building, and promotion decisions.

Unfortunately, this article limits the personality test definition to pop psychology personality tests, like Myers Briggs, DiSC, and Color Code. If these were the only personality test types, then we would have to agree ⁠— they do not hold any predictive validity. But what this New York Times article fails to do is expand into the decades of research on personality tests for work, and the thousands of companies using tests that are based on data and science (like the Big 5 personality test, but more on that to come) to make valid and predictive talent decisions.

The Truth About Myers Briggs and DiSC

The personality test MBTI (Myers Briggs Type Indicator) is a well-known name. According to the test, there are 16 different personality types across four dichotomies ⁠— Extraversion (E) or Introversion (I), Sensing (S) or Intuition (N), Thinking (T) or Feeling (F), and Judging (J) or Perceiving (P). You’ve likely taken the test before, and you know whether you’re an INTJ, an ESFP, and so on.

If validity is an indication of how sound your research is, and if validity in data collection means your findings represent what you’re claiming to measure, then is MBTI valid? We’ve covered the shortcomings of MBTI before, so we won’t go into too much detail here. What you do need to know is that on MBTI’s own website, they have stated:

“It is unethical and in many cases illegal to require job applicants to take the Indicator [MBTI] if the results will be used to screen out applicants.” Long story short, MBTI lacks the ability to predict future performance, lacks relatedness to the job, and creates artificial dichotomies by grouping all people into only 16 different categories. The science is clear – MBTI lacks any evidence for predictive validity, making it completely ineffective to make important decisions like who to hire or promote.

Additionally, although there is research that finds that different personality types translate to on-the-job success in different jobs, MBTI and DiSC do not have any formal job analysis to support which types will be more successful for a particular role. The New York Times article mentioned above addresses this issue – when there is no valid job competency model from which you can assess the job relatedness of any given personality type, those responsible for making the hiring and promotion decisions may be prone to making subjective assumptions as to what is required for the job. For instance, a hiring manager may assume that “extraversion” — the extent to which someone is outgoing, assertive, friendly, and active — is required for a salesperson role, when our own research shows that that is not always the case.

MBTI and DiSC are the outcomes of popular (or pop) psychology – theories and concepts loosely based on psychological principles with little to no scientific backing, but tend to gain traction and popularity among the general public regardless. And while each may be an acceptable personality test for team building or other less business-critical activities, leveraging these pop psychology personality tests to make such expensive and critical decisions — like who to hire or promote — is ineffective, and potentially unethical.

What is a Psychometric Test?

To better understand the concept of psychometrics, the Institute of Psychometric Coaching provides a comprehensive psychometric test definition:

Psychometric tests are a standard and scientific method used to measure individuals’ mental capabilities and behavioral style. Psychometric tests are designed to measure candidates’ suitability for a role based on the required personality characteristics and aptitude (or cognitive abilities). They identify the extent to which candidates’ personality and cognitive abilities match those required to perform the role. Employers use the information collected from the psychometric test to identify the hidden aspects of candidates that are difficult to extract from a face-to-face interview.

Contrary to the aforementioned New York Times article, personality tests are not synonymous with psychometric tests ⁠— rather, personality tests fall under the category of psychometric test. The other test in this category is cognitive ability ⁠— assessing for things like problem solving and social intelligence. Combining a valid personality test with a cognitive ability test can increase the predictive power of your assessment, providing you with a well-rounded picture of a candidate’s suitability for a role.

It is also important to note that according to the above definition, psychometric tests are a scientific method. MBTI and DiSC have no scientific validity behind them ⁠— which is why the MBTI website has to include a disclaimer that it is illegal to use the assessment for hiring decisions. The tests’ reliability – their ability to produce the same results at different points in time ⁠— is poor. In fact, if you retake the MBTI test after only a five-week gap, there is a 50% chance that you will fall into a different personality category. There are, on the other hand, valid and reliable personality tests that are backed by scientific research to predict job performance, including the Big 5 personality test.

What is the Big 5 Personality Test?

The “Big 5” personality test, or Five-Factor theory of personality, is the longest-standing framework for organizing the underlying traits that make us who we are. The Big 5 personality traits are conscientiousness, extraversion, agreeableness, neuroticism, and openness to experience. We dig deeper into what each of these traits mean in our blog post here.

The Big 5 are independent of each other, in that a person can be high in some and low in others (or, somewhere in the middle). This means there are so many ways a person’s personality can intersect, which accounts for the complexity of human personality far more accurately than the strict dichotomies of a personality test like Myers Briggs. In the world of psychometrics, we call this being trait-focused vs. type-focused.

Unlike the Big 5 personality test, MBTI and DiSC are examples of type-focused personality tests. Both measure personality across four factors, and a person is defined as one “type” or another. For example, a person can either be an introvert or an extravert. But anyone who has spent even a remote amount of time with other people knows that every individual falls on a spectrum between total introversion and extraversion. In fact, some of the traits that MBTI treats as opposite poles of a continuum are actually independent — three decades of evidence suggest that you can be thinking and feeling. In fact, research shows that people with stronger thinking and reasoning skills are also better at recognizing, understanding, and managing emotions. Putting traits like thinking and feeling, or introversion and extraversion, on opposite ends of a spectrum doesn’t make any sense because they are not mutually exclusive.

The Big 5’s trait-focused approach to quantifying personality offers a more accurate picture of one’s natural preferences and behaviors, providing individuals with a better understanding of why they behave the way they do in certain scenarios. The Big 5 personality traits have been found to be consistent across cultures, and a person’s amount of each trait has been found to be relatively stable over time.

Because the term “personality test” has become synonymous with pop psychology personality tests like Myers Briggs and DiSC, the concept of personality tests has garnered a poor reputation in the workplace. But that mentality doesn’t do justice to the decades of research that has proven that assessing personality with the proper methodology can provide organizations with a competitive advantage in the race to secure top talent.

Trait-focused personality tests based on the Five-Factor theory of personality, on the other hand, have been widely accepted by personality test and psychology experts as a far more valid and reliable way to measure personality, especially in the workplace. When paired with a job analysis, the Big 5 personality test provides organizations with a predictive and data-driven method to uncover a candidate’s suitability for a role on a whole new level.

Sonya Beach is a Product Manager and I/O Psychology Specialist at Plum. Besides product R&D, Sonya loves to watch Netflix with her husband and do art projects with her two kids.

This entry was posted in Blog and tagged Talent Acquisition . Bookmark the Permalink

What are Talents? (And How Do You Hire for Them?)