What is an Idea Person? 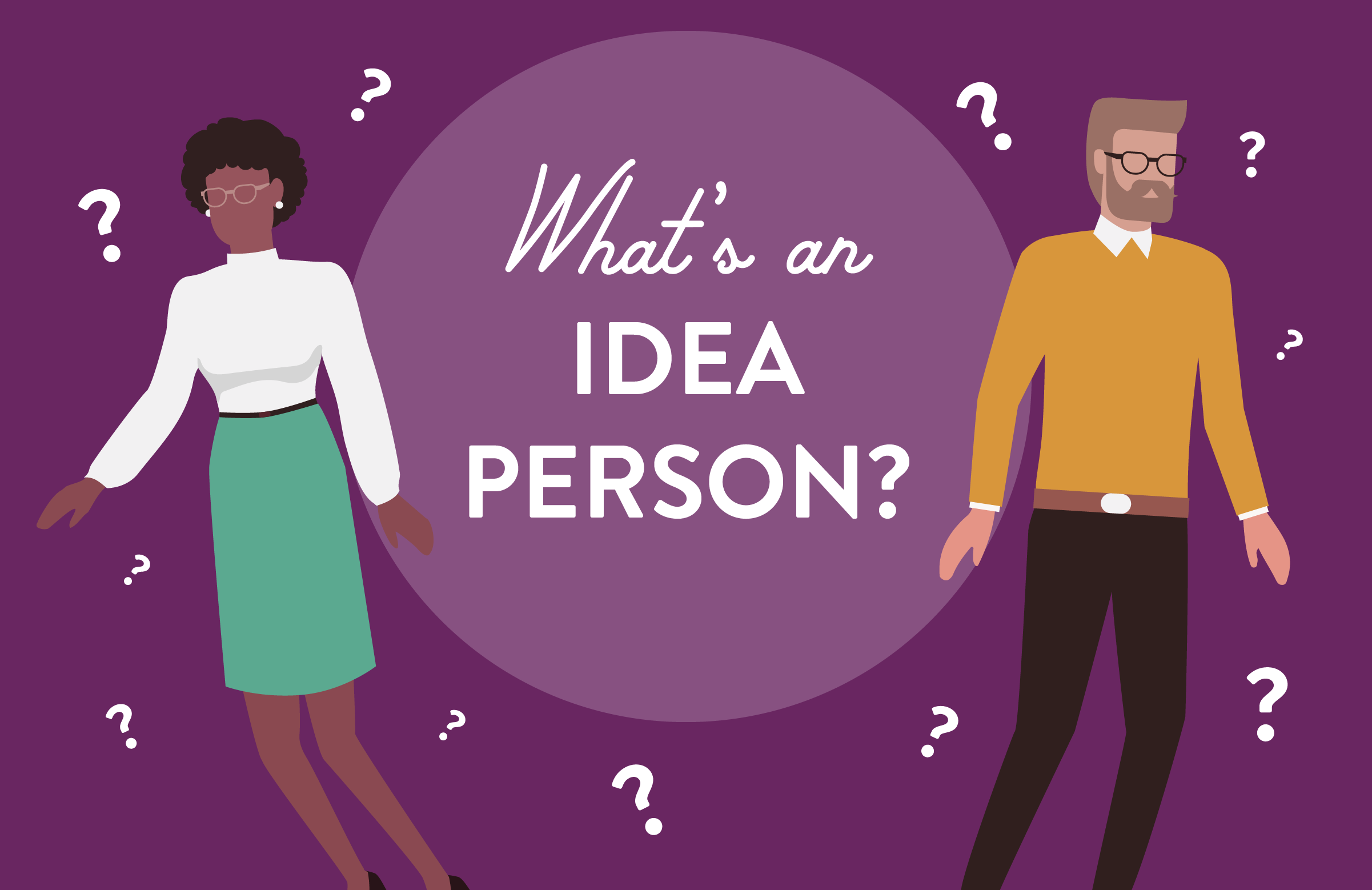 Every organization needs a combination of thinkers and do-ers. It’s usually the thinkers — or “idea people” — who are a bit harder to identify and retain.

But what exactly is an idea person? What do they look like? Are they important to your success in business? How do you find idea people for your company?

It's time for a talent revolution.

Reveal human potential to revolutionize how you hire, grow, and retain talent with Plum.

What is an idea person?

Idea people are creative problem solvers. They are the ones determining ways to fit square pegs into round holes. An “idea person” is actually considered to be a demonstrable skill set and is in growing demand by employers. In fact, each year employers are seeking more and more idea people to fill a creative void.

An idea person is typically defined as someone who simply comes up with the good ideas. While everyone else is working on a current issue, idea people are on to solving the next.

[The definitive guide to to finding idea people]

Andrew Boynton, co-author of the book The Idea Hunter, says, “Great business ideas do not spring from innate creativity, or necessarily from the brilliant minds of people. Rather, great ideas come to those who are in the habit of looking for great ideas — all around them, all the time.”

Do your applicants have an idea muscle?

Boynton breaks down how you strengthen your “idea muscle” and offers a simple mnemonic: IDEA.

How are you identifying which job candidates have these innate traits?

Building a team of idea people

Any team requires a good balance of talent. A solid team will have a good ratio of creative thinkers to industrious workers. Idea people can drive the creativity, providing big picture goals and solutions, but they need other members of the team who are industrious to carry the ideas to completion.

Before you hire someone, you’ll want to assess a candidate’s strengths and limitations. At Plum we call these talents, and they’re how we understand and measure human potential. Idea people will likely exhibit talents such as innovation, adaptability, and decision making. These talents are made up of traits like problem solving, experiential disposition (someone who seeks out new experiences and adapts to changes), and intellectual disposition (someone who is imaginative and likes learning new things).

The “do-ers” who can carry on ideas to completion will often show signs of execution, which is a talent made up of traits like industriousness and orderliness.

How to find idea people

The problem is, “innovative” or “adaptable” aren’t the kind of things you’ll find on a resume (and if for some reason they were, how would you know if they’re telling the truth?). Luckily, a global community of Industrial/Organizational Psychologists have dedicated decades of research to address this exact problem. And they found that measuring a combination of cognitive ability and “Big 5” Personality Traits could accurately pinpoint idea people.

And how do you accurately quantify a candidate’s cognitive ability and personality? Psychometric assessments developed by Industrial/Organizational Psychologists (like Plum’s hiring solution) are validated methods that give employers a well-rounded picture of a candidate before they enter a job. These psychometric assessments can quantify an applicant’s potential to be an idea person by measuring their ability to innovate, adapt, solve complex problems, and more.

The point is, finding idea people doesn't have to be as hard or as complicated as we may have previously thought — we just need to look beyond a resume.

This entry was posted in Blog . Bookmark the Permalink

The Big 5 Personality Traits: How They Apply to Hiring

AI Makes a Difference Throughout the Employee Lifecycle