Talent Flow: What it is, and How it will be Your Organization’s Competitive Advantage in the Future of Work 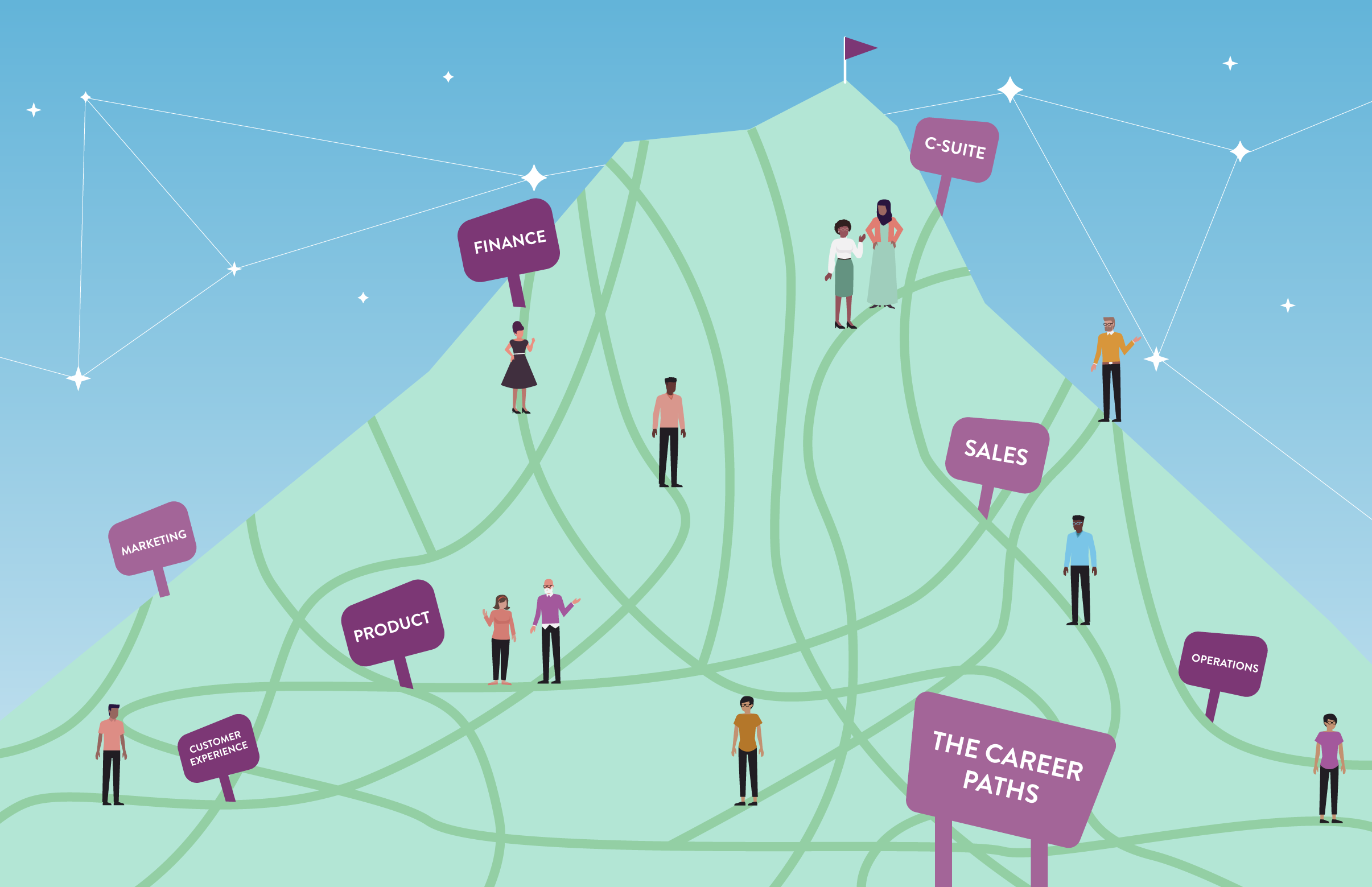 Of course, this isn’t the first time we’ve seen a new era for the economy and for the jobs that existed within it (see the graphic below). Did a telephone operator exist before the second industrial revolution, or did a software engineer exist before the third industrial revolution? Of course not! In the same way, because of drivers like mobile devices, sensors, artificial intelligence, natural language processing, bio technology, and wearable video, jobs will emerge in the upcoming years that we could not even conceive of now – but soon, it will be impossible to imagine life without them.

The Four Industrial Revolutions: An Overview

Today, we find ourselves on the precipice of the fourth industrial revolution.

The way we’ve acquired and retained talent has shifted with each industrial revolution — think women taking on jobs outside the home in the second industrial revolution, or the new approaches to job searches in the third industrial revolution (CareerBuilder, Monster, and LinkedIn). In the same way, “that’s the way it’s always been done” will no longer be a viable excuse to keep talent acquisition and management processes static in the future of work.

That’s where a more nimble approach to talent — what many call “talent flow” — comes in. But first — what exactly can we expect from the fourth industrial revolution, and how is this transformation different?

What is the Fourth Industrial Revolution?

The fourth industrial revolution distinguishes itself from its predecessor revolutions because of the sheer speed at which it's happening. 65% of today’s primary school students will be applying for jobs that don’t exist yet!

The progression of automation, artificial intelligence, and robotics are among the technological advances rapidly accelerating the need to rethink roles, responsibilities, and recruiting.

James Manyika, chairman and director of the McKinsey Global Institute, has identified several major considerations when discussing the future of work. These include:

Global recruitment company Next Generation’s research adds further insight into the changing world of work. They anticipate reverberations from:

The reality is, the fourth industrial revolution will impact the workforce in an unprecedented disruption. At the same rate that jobs will die out, new jobs will be created. Some future of work predictions include:

If new roles we haven’t seen before are being created at the same rate (or even faster) than other jobs are being phased out, organizations will have two choices. One, let go of people in masses, and hire new people at an equal or greater rate — an absolute recruiting and resource management nightmare. Or two, organizations can keep talent internal, migrating people from dying jobs to new jobs. The way we currently manage talent, however, is not set up for such a transition.

Talent Flow: The Competitive Advantage of the Fourth Industrial Revolution

The winners and losers in this next industrial revolution will be determined by HR and how it can mobilize talent. CHROs are responsible for solving one of the greatest threats to an organization’s existence. Too many managers and executives have their heads down focusing on their own business unit; it will be up to talent professionals to see the bigger picture, predict which jobs will organically phase out, and make plans to move talent along unconventional career paths.

As such, the future of work demands an approach to talent management that breaks down the rigid silos within business units and liberates people to flow across roles and departments. We (among many other talent thought leaders) call this process “talent flow.”

Talent flow is a more organic approach to talent management. Think career lattices as opposed to career ladders. Rather than expecting decades of company loyalty from employees climbing the ladder in one department, companies must allow individuals to seamlessly move across the organization into roles that match their innate talents. 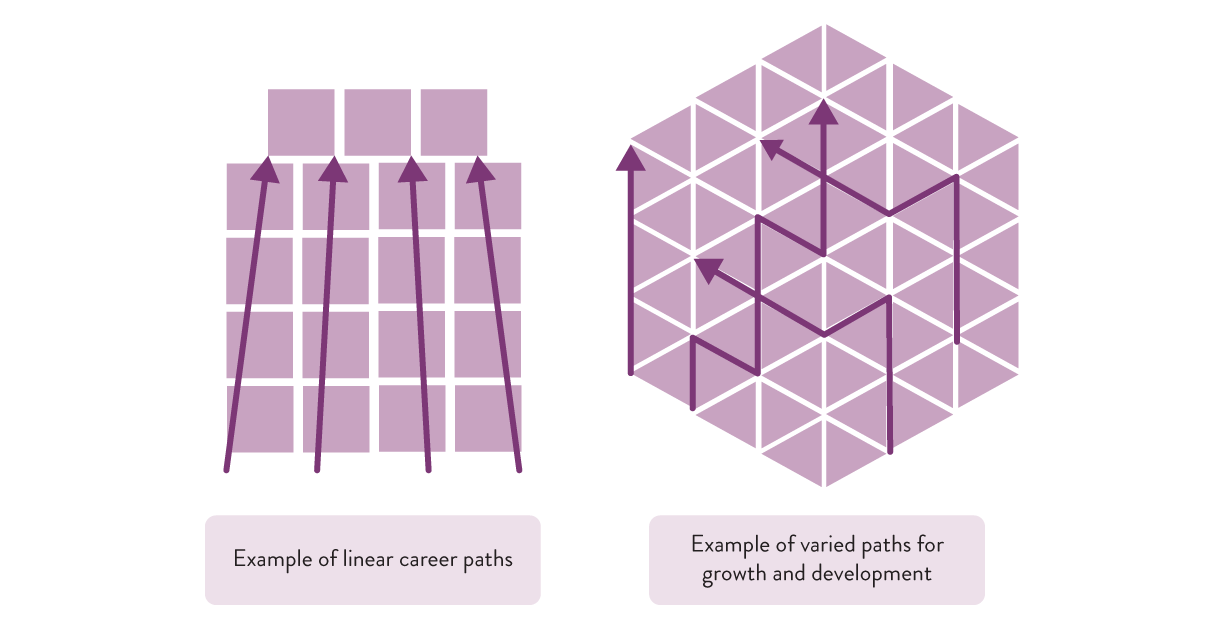 How will this keep organizations agile? First, employees are satisfied because they avoid restlessness and get diverse work experiences (often in places they may not have expected) without having to leave the organization. Organizations also reap the benefits of these diverse work experiences, especially as these employees enter managerial positions and are able to understand the effects of decisions on multiple business units, and not just a singular department. Employees who understand all functions of a business can make smarter business decisions.

Unfortunately, the way most organizations approach talent mobility today is pretty static and rigid. But it doesn’t have to be that way!

Successfully implementing talent flow in your organization will require a universal and holistic approach to collecting and storing talent data. That may feel like a big leap, considering most business silos come with data silos. Don’t panic; we provide you with your next steps to develop a universal talent dataset that consists of predictive people data that can be leveraged in every business unit in our latest e-book, Talent and the Future of Work: The Essential Guide.

This entry was posted in Blog and tagged Future of Work . Bookmark the Permalink

The 4 Standout Skills Needed in the Future of Work