Scotiabank realized a 182 percent ROI by running a pilot with talent assessment platform, Plum, and recovered its initial investment just over seven months after deployment. Before Plum, Scotiabank heavily relied on resumes as its primary assessment tool for on-campus recruiting, which proved to be ineffective in determining the future performance of new hires. Since implementing the Plum pilot, Scotiabank has been able to eliminate the usage of resumes in its campus hiring process and increased retention of these hires by 20 percent, resulting in annual cost savings of more than $280,000 and a more diverse and inclusive hiring process that expanded applicant reach. 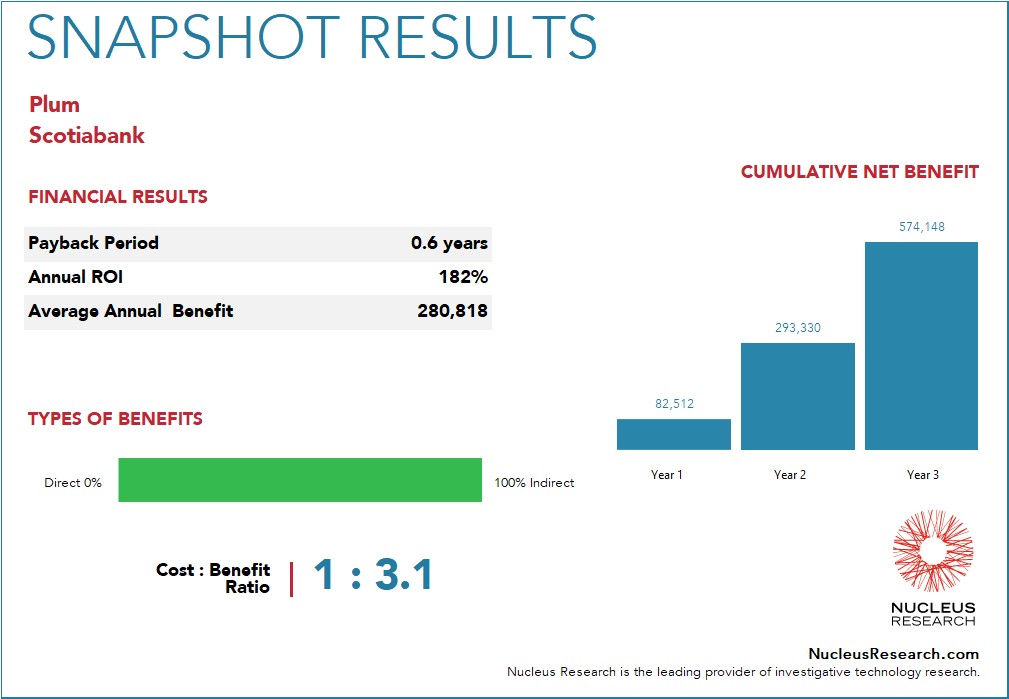